A weekly no-code automation delivered to your inbox (with thoughts on no-code every now and then)
Subscribe
Oct 13, 2021 • Issue #68 by Vithu Namasivayam

The case for Bubble by Vithu Namasivayam

I've always felt that I was a little difficult on Bubble in my past posts. I thought it would be interesting from a real Bubble power user. So here's Vithu on why he loves Bubble!

This is Vithu. I'm a designer and product person that turned to Bubble this year to build a product without code.

I've tried building with a couple of no-code tools before but Bubble has become my go-to for no reason other than it makes me, someone who can't code, feel like anything is possible. Here's how:

Of all of the no-code app builders, Bubble has the smallest Lego pieces. Almost every Lego piece, from elements like groups to workflows, to a thing in your database is handed to you with very little bias around its best use case. You combine them how you wish to build with them what you wish. You can create workflow after workflow to create functionalities that often surpass what you can do with a tool like Zapier.

Zapier, for example, comes with fixed discrete triggers out-of-the-box for a given tool. Bubble gives you the most interoperable and flexible notion of trigger to cover any use case. You can trigger any workflow when a user does anything within the app that a browser can recognize. And you can trigger something when anything happens in the database.

The tradeoff here is that it can be incredibly overwhelming for a first-time builder. It's stressful, because small details can break things. Conceptually, you need to understand Bubble the way someone conceptually understands how to structure lines of code. So on your first go, this can often leave you feeling lost, luckily there's...

Bubble has the most active community I've seen online for a no-code tool, rivalled perhaps by only Zapier and Webflow. The first tier of help the community provides is Q&A and tutorial level help.

"Hey has anyone figured out how to build a google calendar-like interface?"

I rarely posted in the community, but through Google searches and lurking, the community was key in helping me figure out how to build my app. That's the benefit of having so many people working on so many different types of projects on Bubble: by covering a diverse set of use cases, the community becomes increasingly knowledgeable and helpful on how to accomplish different things. And because Bubble can support almost any use case, someone is out there, trying to figure it out while you are, too.

I'll contrast this to Bravo, which has a somewhat active community, building and sharing their projects. I lurked their community for a week before I decided to build on Bravo. I eventually figured out that I couldn't build what I wanted. And the community was a reflection of the functionalities that were easy to build on it. None of the apps I saw in the community had complex functionalities that went beyond 1-step read & write actions. Great for prototyping quick projects, but not a platform that can support evolving requirements.

The next layer of the community is the swaths of builders adding new functionalities by creating plugins. Bubble's plugin ecosystem is thriving and relatively open. You can find plugin after plugin to help you accomplish tasks as simple as having a typewriter text field to something as complex as handing off all user authentication to auth0.

If you can code, or want to learn, you can leverage code to expand your app's capabilities even further. The fact that you can almost always keep going is my favorite part. If you're willing to figure it out, there's likely a way with Bubble.

A lot of people I know can't wrap their heads around Bubble on their first go (I had to take a couple of stabs at it myself before I built anything useful).

When I talk to people about the experience of building on Bubble, I liken it to Photoshop. A tool with so much flexibility and so much coverage (in terms of use cases), that it's overwhelming to learn how to use it.

Your first time in Photoshop, you'll ask: "Why do I need to know so much to simply draw a line?". It's rooted in a tradeoff that Adobe has made over years of trying to be the best tool for designing across different contexts. You can do a lot in Photoshop, from mimicking a medium like watercolor, to creating gifs, to designing UIs. (Looking at Photoshop to build a UI today feels ridiculous when there's a tool like Figma on the market.)

You can do quite a bit with Figma, but if you wanted to draw a couple of squares and call it a wireframe, you can do it within minutes of creating a new file. Figma can do this because it knows its main use cases well, but it's also made its Lego pieces as easy as they are flexible.

An aside: Figma has the advantage of being built in a time where literacy in design software is at an all-time high. So the patterns and semantics that Figma relies on in its UI are rarely new to the user.

I don't think any no-code app builder gets this balance of simplicity and flexibility right yet. I've used a handful of other no-code builders, but they've all been simplified at the expense of flexibility. This makes them feel like toys, not platforms you can use to run your business.

I hope that Bubble makes their Lego blocks easier to use, not just through education and tutorials (which there is a lot of), but through better interaction design and more obvious first steps (this isn't as easy as it sounds). The risk is that incumbents with more focused use cases can beat them out by having an easier learning curve.

As it stands, if you're willing to learn how to use it, you'll most likely be able to build your idea on Bubble. You'll soon get into the groove and think of feature after feature and figure out a way to do it between the app builder, its marketplace of plugins, and its thriving community of builders. I'm a big believer because, it's still the most powerful way to build a meaningful product without code. The huge community of Bubblers speaks to that. The businesses built on Bubble speak to that. And the people that discovered their knack for building (like myself) thanks to Bubble can speak to that.

I'm currently hosting free office hours to help you get started or unstuck when building with Bubble. I'm also currently working on no-code products & content for Rare Folks. You can follow me on Twitter to stay up to date on what I'm working on, in no-code & beyond. 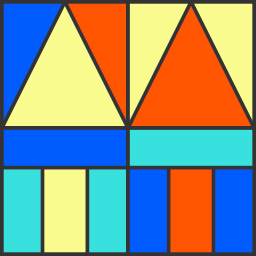